June 03, 2013
Today Girl #1 and I replanted butternut squash and cucumber seeds that are MIA.  They were first planted a couple of weeks ago on one of the rare, hopeful, sunny days.  No doubt they just rotted in the cold rainy weather we've had lately so we'll try again.  But the zucchini, a few green beans, morning glories by the arbors and the radishes and carrots, lettuce, spinach, and sugar snap peas are up that we also planted that day.
Next on the agenda today we put in more lettuce seed for a second crop and some basil.  Then one hill of 'Jack Be Little' mini pumpkins in a corner of the garden box near the sandbox, and one hill of 'Big Max' pumpkins in a bare mulched area just outside the arbor entrance to our potager. (Using the word potager is fun since it makes my garden sound fancier than it really is.)
We scratched some 'Giant Gray Stripe' sunflower seeds in a row in front of the propane tank to hide its ugliness. The tank does have a lattice screen, but I guess we can do better, and feed the birdies too. About a month ago I tore some grapes off the lattice and out of that spot when they got too jungle-y for my tastes. I didn't even want to give them a third chance (already transplanted them once from the back garden fence) with renewal pruning they were so ugly.
Also planted Verbena bonariensis seeds between one of the garden boxes and the patio where they did so well last year (I finally found the seed I saved from last year in a Ziploc bag in the garage).  Tore out lavender 'Munstead' from this area too which had mostly winter killed and looked like a crispy pile of grey sticks.  I think this lavender plant had lasted two seasons.  I have to replace it now and then but usually I don't mind its wussy winter hardiness because they smell soooo good.  Its worth growing like an annual but I think I'm just too cheap to replace it this year.
Then I even dug out a couple of dead shrubs from the front yard mixed border because I couldn't stand looking at them any longer.  I'm sure the neighbors feel the same.  There are more to get out and I need more muscle (Where are you, husband?).  We had some things winterkill that have been here forever, most of the 9 years I've lived here, like 3 big Weigela ('White Knight'?) and 3 huge 'Limelight' Hydrangea. Surprising.  Annoying.
Also we got some bubbletime in (see pics). The last photo is Old John in front of my poor dead Hydrangeas.
Whew, got a lot done this afternoon! Thanks, Girl #2 for taking such a good long nap! 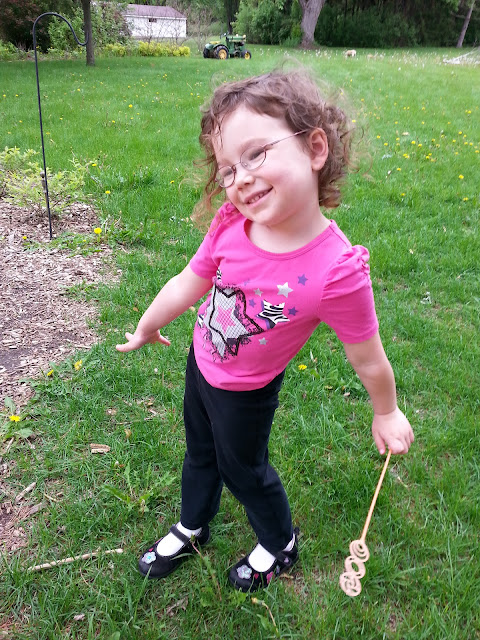 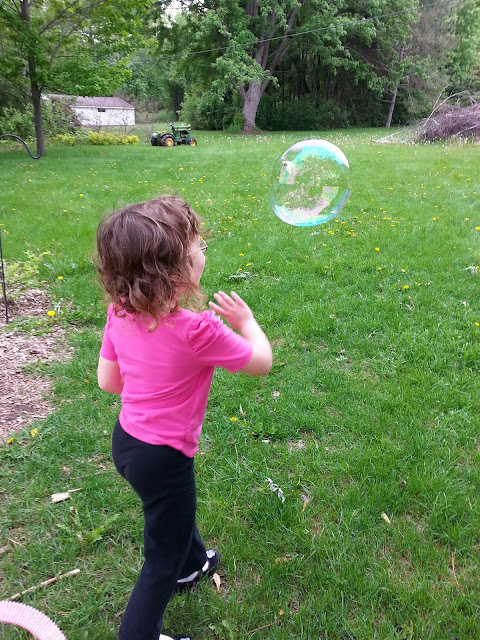 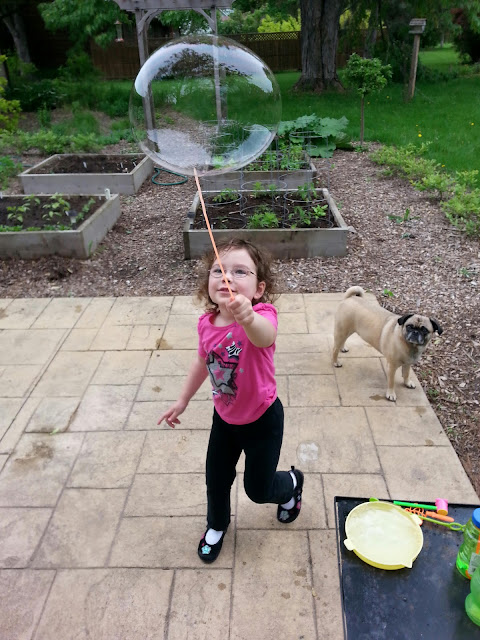 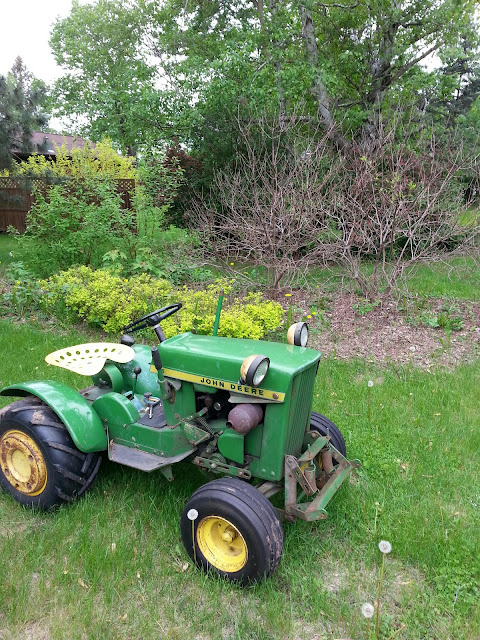